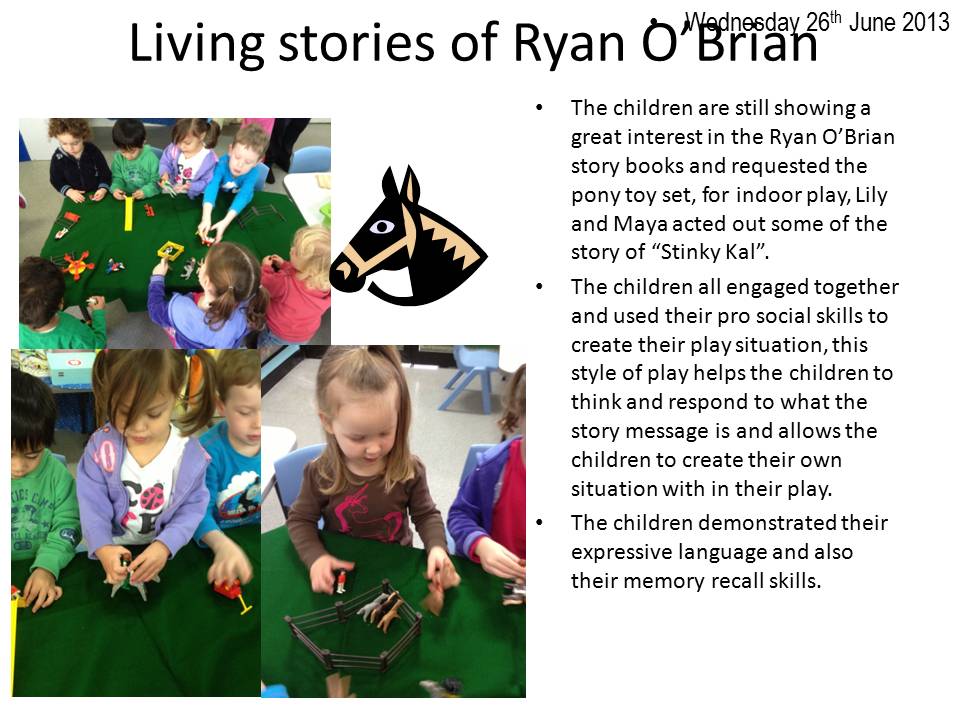 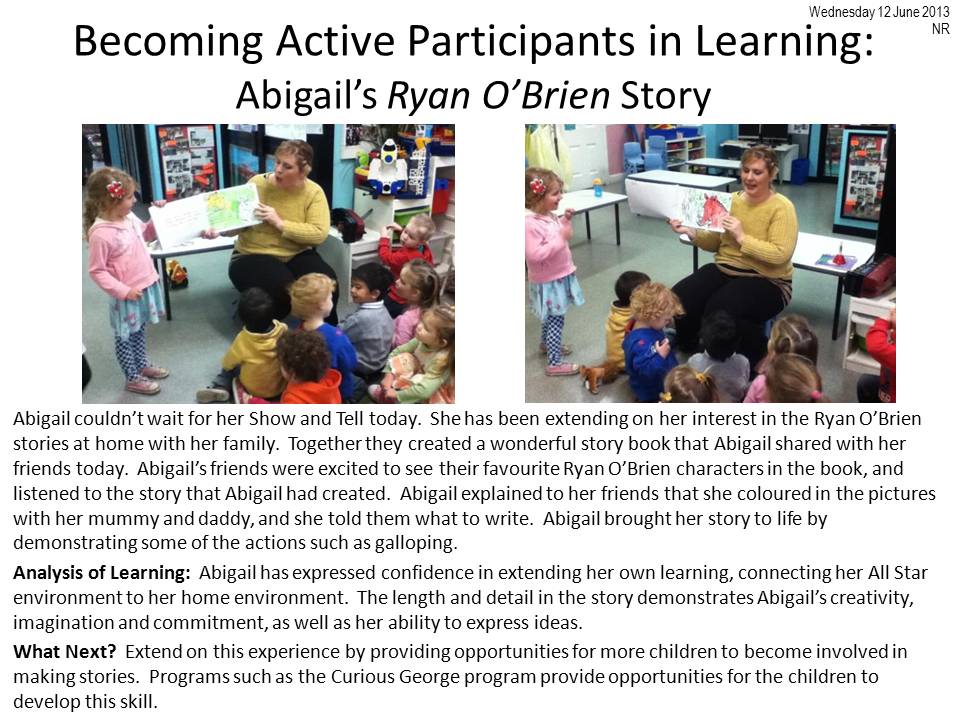 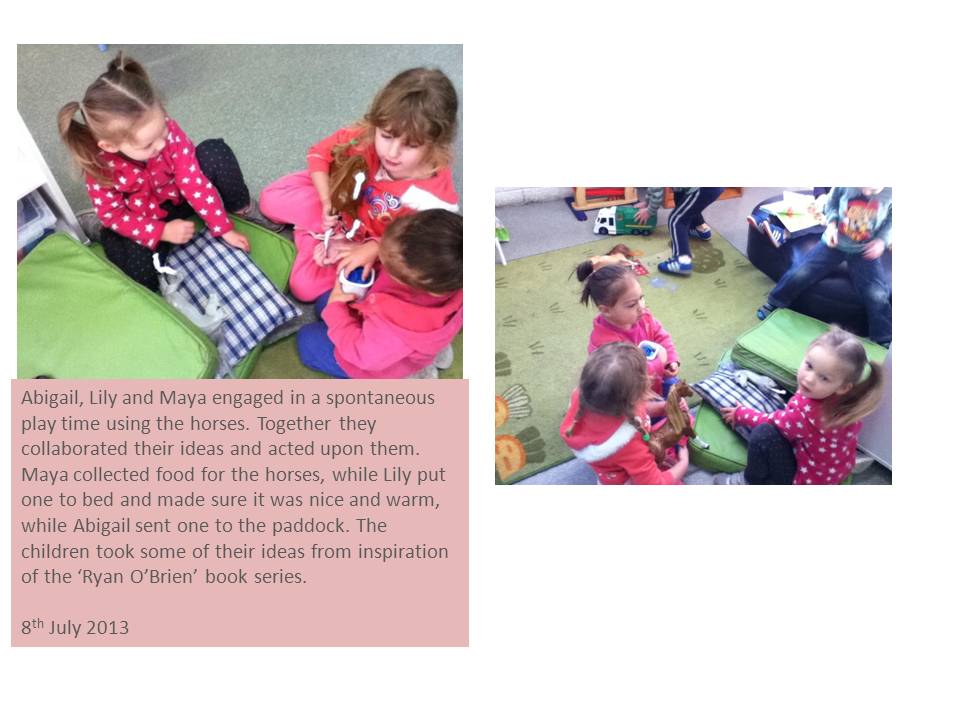 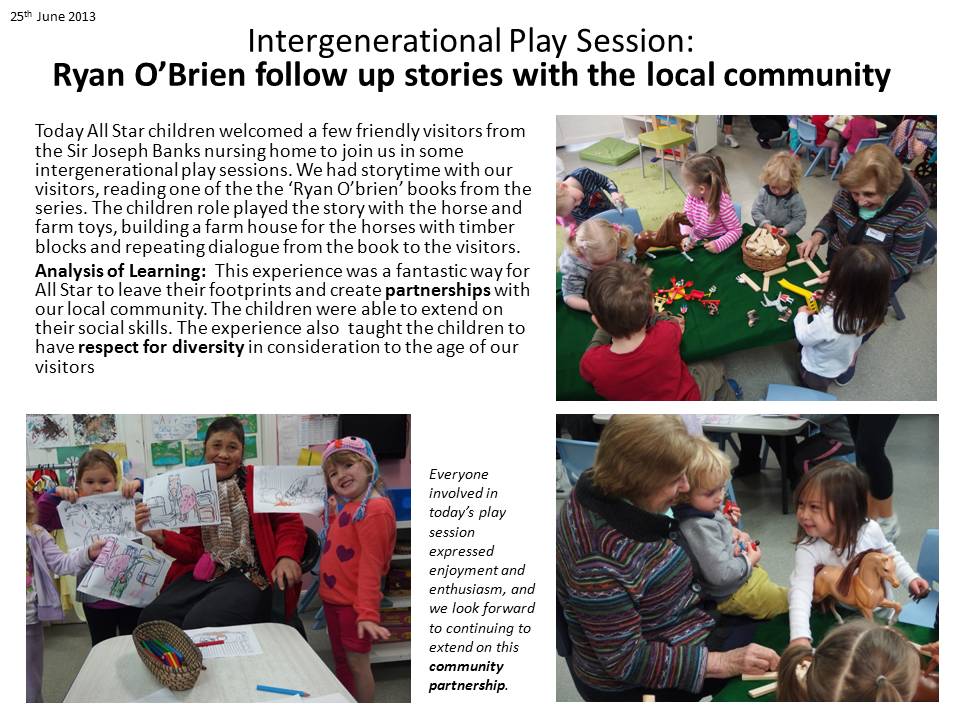 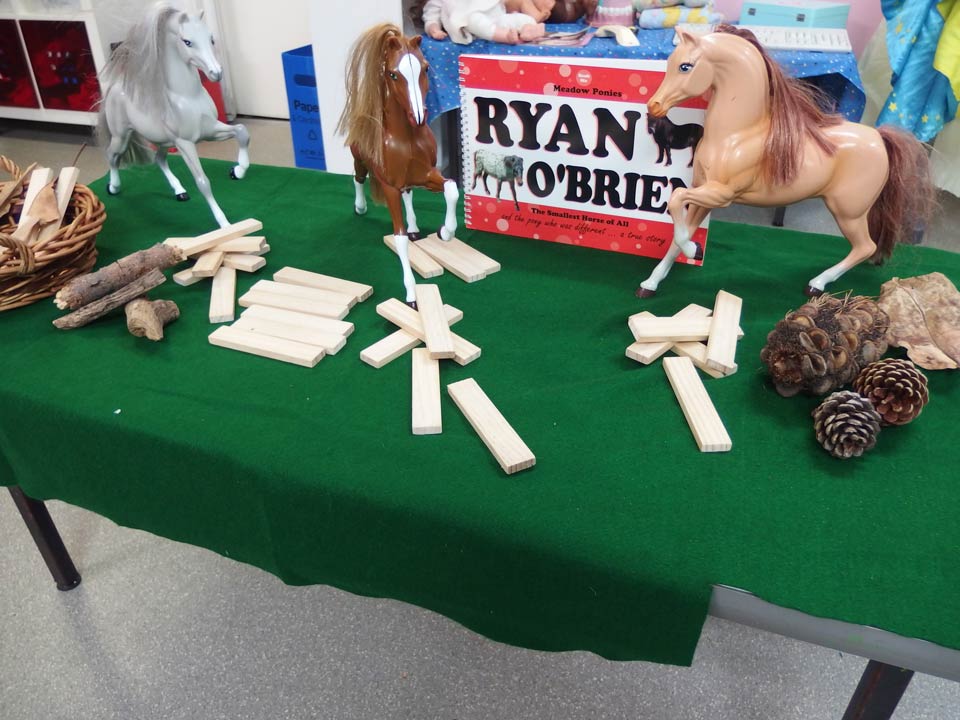 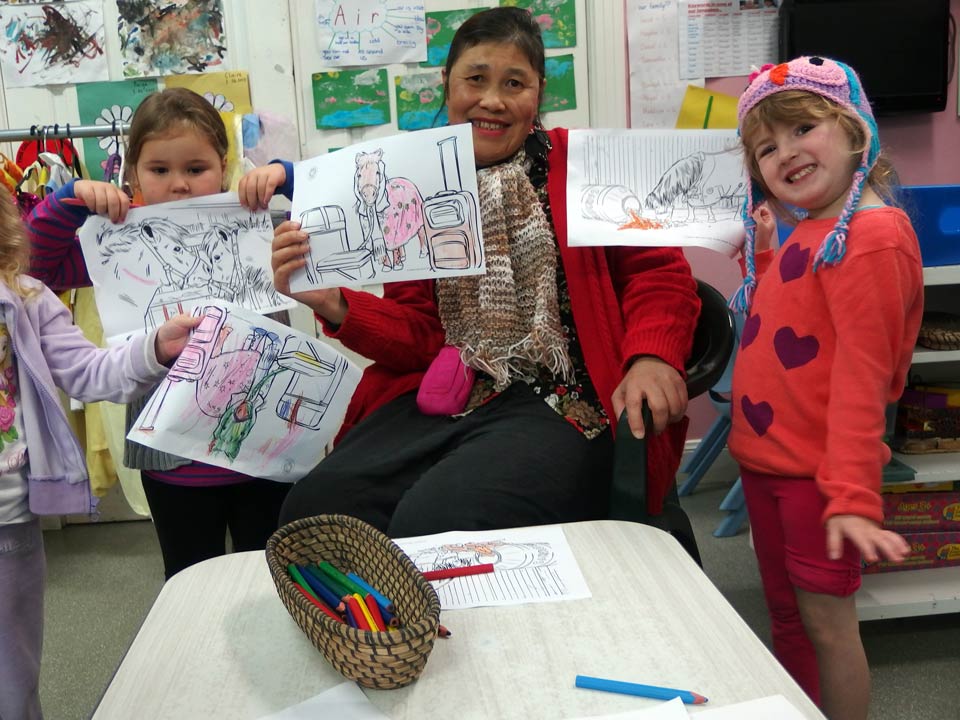 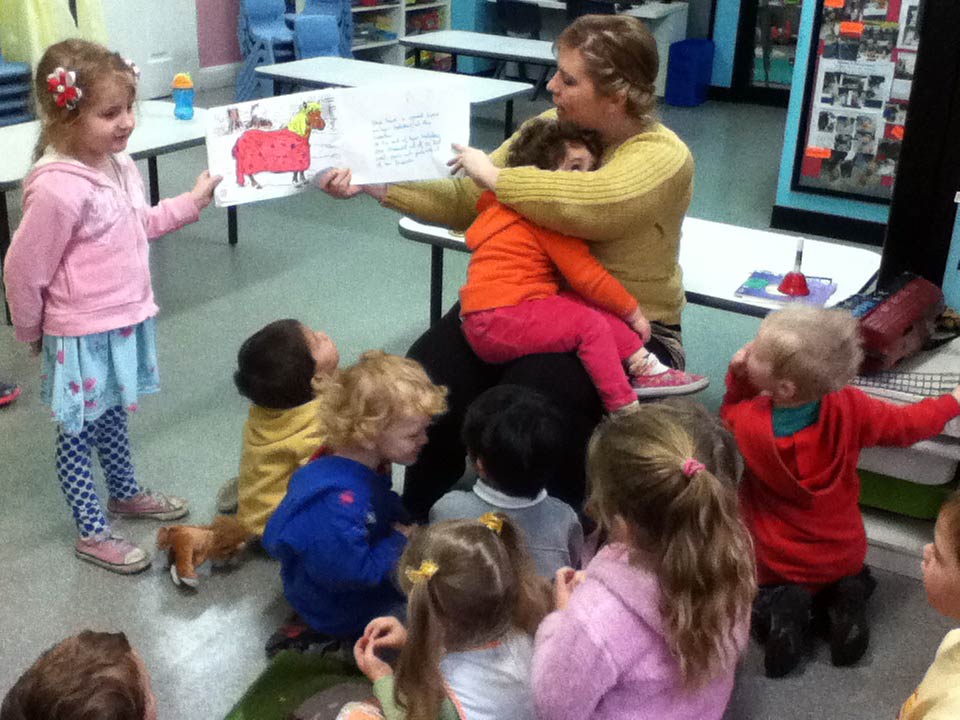 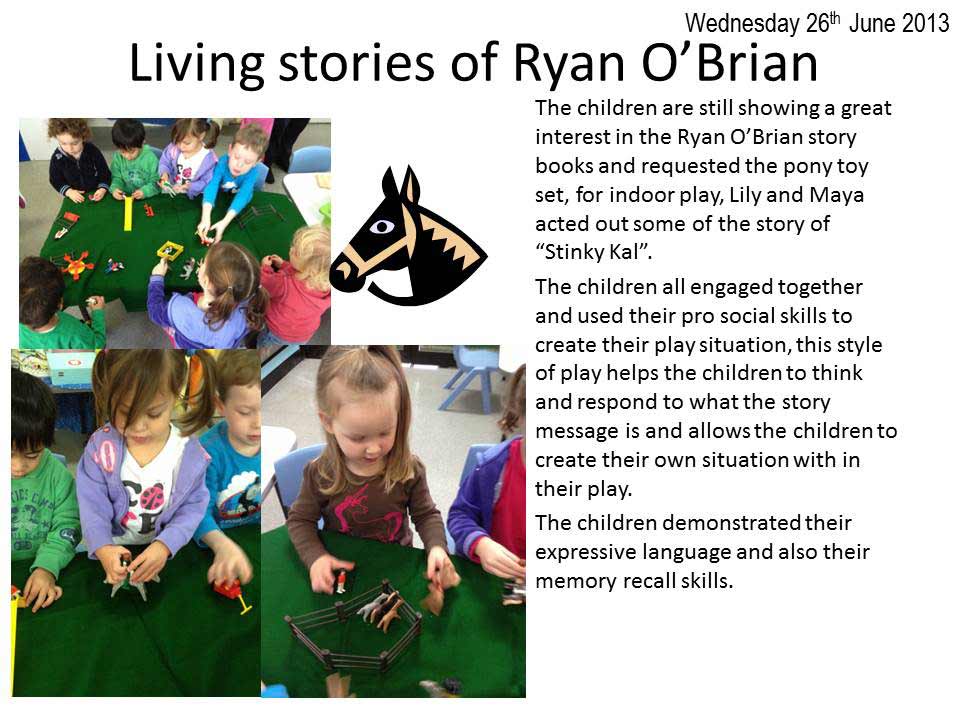 From the first moment that I read the series of books Ryan O’Brien, The Smallest Horse of All, A True Story I was entranced by their ability to take me on journeys that have been so familiar to me, both personally and also as a teacher of students from a variety of backgrounds and experiences.  We all have stories to tell, but not all of us have the confidence to share them and Ryan O’Brien helps to give a voice to our own stories.

This series of six books, written by Dr. Kathleen Mary Bokey, in my opinion, has one clear cut and fundamental purpose and that is to help children and adults alike; to voice concerns, to help develop skills of problem solving, and to find answers.

Dr Kathleen Mary Bokey has brought to our attention that animals and humans are very much alike, and these true stories of Ryan O’Brien are shared with us in such a tangible way, that you can’t help but marvel at the thought provoking words and real photographs that illustrate everyday problems and discovers the answers, either on our own or with the help of friends and family who love us. They help you realize that even the smallest of us (be it actual or perceived) can make BIG decisions that will change the way we feel and see things and bring about our own success.

The print in these books is large and bold and from a teaching perspective enhances the point that the author, Dr. Kathleen Bokey, is making, that the problem is important and so is the decision making process along with the successful conclusion.

There is usually just one sentence, one idea per page, with true, real and insightful photographs, and all this together makes this series of books a delight for the reader and the listener.

The large print size allows children, from beginning readers and up, to read these books on their own and to easily read about the frustrations and disappointments of Ryan O’Brien and the journey he puts in place to help himself and others to find success and confidence.

The author, very cleverly, not only tells a story, but poses a question at the end, which allows the reader to further investigate their own feelings and from a teaching perspective easily transitions to the next part of the lesson, where students can freely share their opinions as part of the whole class or as individuals, as part of their journal writing.

Learning to talk and listen

V1 Refers to a sense of their own dignity and worth

V3 Enjoys a sense of belonging

CCES1 – Describes events or retells stories that demonstrate their own heritage and the heritage of others.

CUES1 – Communicates some common characteristics that all people share, as well as some of the differences.

SSES1 – Identifies ways in which their own needs and the needs of others are met, individually and cooperatively.

CCS1.1 – Communicates the importance of past and present people, days and events in their life, in the lives of family and community members and in other communities.

CUS1.3 – Identifies customs, practices, symbols, languages and traditions of their family and other families.

SSS1.8 – Identifies roles and responsibilities within families, schools and the local community, and determines ways in which they should interact with others.

VAES1.1 Makes simple pictures and other kinds of artworks about things and experiences.

VAS1.1 Makes artworks in a particular way about experiences of real and imaginary things

MUES1.4 Listens to and responds to music.

MUS1.4 Responds to a range of music, expressing likes and dislikes and the reasons for these choices.

DRAES1.1 Uses imagination and the elements of drama in imaginative play and dramatic situations.

DRAS1.1 Takes on roles in drama to explore familiar and imagined situations.

DRAS1.2 Conveys story, depicts events and expresses feelings by using the elements of drama and the expressive skills of movement and voice.

DRAS1.3 Interacts collaboratively to communicate the action of the drama with others.

DRAS1.4 Appreciates dramatic work during the making of their own drama and the drama of others.

Ryan O’Brien the Smallest Horse of All

Book One – Who are you? Lesson Ideas

–       Do you think everyone has the same big dreams?
–       Do you think that the same things always make different people feel warm and fuzzy inside?
–       How could you help someone to be brave like Ryan O’Brien does when Painter is afraid?
–       Note vocab such as appetite and responsibility – discuss the meaning of each word.

Book two – Do you have a best friend? Lesson Ideas

–       What are the qualities of a good friend?
–       Does everybody always look for the same qualities?
–       Who would you speak with if you had a problem and weren’t sure what to do?
–       NOTE vocab including foal, wisest, galloped, verandah – discuss the meaning of each word.

Book Three – What do you prefer?

(A life in the spotlight with lots of attention, or a quieter simpler life) Lesson Ideas

–       Why do you think Clarissa was so upset when Jodie-Lee came to the farm?
–       Have you ever felt upset when a friend of yours has invited someone else to play with you too?
–       Why do you think people can sometimes become jealous?
–       What did Ryan O’Brien do to make sure that both Clarissa and Jodie Lee felt included?
–       What can we do to make sure people always feel included?
–       What can we do if we begin to feel jealous? Who should we talk to?
–       NOTE vocab including palomino, shawl, browband, Tavistock – discuss the meaning of each word.

Ryan O’Brien and the pony who lost her whinny

Book Four – Have you ever lost your whinny? Lesson Ideas

Ryan O’Brien and Kalinski the Bully

Book Five – Have you ever been bullied? Lesson Ideas

–       Teased someone about wearing glasses

–       Said mean things about people behind their back

There are two worksheets included with this writeup and are available by downloading the entire outline in pdf format (below). 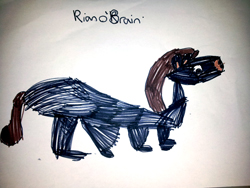 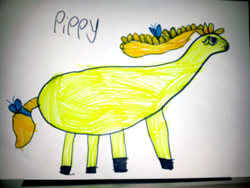 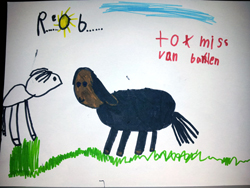